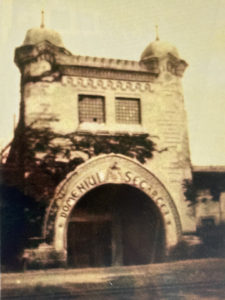 Built between 1904 and 1908, the historic winery of ”Domeniul Coroanei” is a model of tradition and technology binding together. A century later, the development works and technological endowment of the winery have managed to update the same principles, in accordance with all the requirements of modern winemaking, but keeping those traditional elements that contribute to the birth of a quality wine.

The design of the historic winery of the Domain was elaborated by the Austrian architect Iosif Exner, also the one who took care of the construction of the ”Domeniul Coroanei” Administration Pavilion for the 1906 National Exhibition. Just like for the pavilion, Exner combined elements of neo-Romanian architecture and art deco. The resistance structure designed by Ion Moțoi involved the use of reinforced concrete pillars, the winery becoming one of the first buildings in Romania to use this kind of material.

The vinification area was built so as to ensure a temperature of 18 degrees during the fermentation process, with the possibility of cooling to 4 degrees Celsius in order to clarify the wines (by cooling, solids and salts formed by acids are deposited on the bottom of the fermentation containers). The constant temperature throughout the year was ensured by natural insulation, double walls each with a thickness of 80 centimetres and being separated by an air “jacket” of 40 centimetres.

One of the many innovations that made the winery of the Domain an avantgarde construction was the use of glass as an inert material in the winemaking process. The vessels in which the fermentation took place in the early twentieth century were usually made of wood or concrete. The wood interacted with the wine, changing its aromas, the latter was difficult to sanitize and being far from what food-grade concrete means today, it was affected by the acids in the wine. The fermentation containers from Segarcea were, in fact, rooms with a volume of 10-15 thousand litres, with walls lined with glass bricks joined on the edges, which ensured both the hygiene of the process and the unaltered preservation of the grape aromas.

The winery cellar, located at a depth of 9 meters, also ensures a constant temperature throughout the year of 12-14 degrees, perfect for the ageing of quality wines. Even the location of the winery was designed to be “away from public roads, workshops, etc.” to protect the building from vibrations that could affect the ageing process of wines. As the old saying goes, “in the cellar you have to walk around and whisper, so as not to disturb the wine”.

But the most important aspect, taken into account in the recent development of the winery, was its gravitational character. In translation – the grapes reach the highest point of the winery from the vineyard, fall into the stem remover/press, then the stum flows to the fermentation vessels from where it continues to flow, if necessary, to the oak barrels where the maturation process is completed. Gravitational flow means the absence or minimal intervention of pumps, which essentially contributes to the preservation of the aromas of the stum and of the young wine.

The works carried out after the rebirth of the Domain aimed at preserving the architectural style, the materials used, as well as intertwining the latest technologies with the traditional winemaking processes. The winery has grown from 1,000 square meters to over 10,000. Production capacity has increased from several hundred thousand to 2 million bottles per year.

The fermentation-maceration process has moved to state-of-the-art stainless steel containers, with controlled temperature and dimensions that allow the creation of any type of wine, from limited editions, in small quantities (micro-vinification) to complex blends, which require containers with impressive volumes. Piston winemaker containers are used in which “hat” of the skins is immersed in the stum (“pigeage”), for the extraction of colour, aromas and tannins.

In the cellar, about 500 oak and acacia barrels brought from France help the wines to be rounded, enriched, to become expressive and complex. The quality of the used wood is fundamental for the quality of the wine obtained, but also for a predictable maturation process – the more constant in thickness and porosity the wood rings are, the easier it is to estimate the evolution of the wine during the ageing period. Of the same importance is the frying degree of the barrels, which dictates what kind of flavours will the wood release in the wine – from vanilla, for the least burned to chocolate or spices to those with a higher degree of burning. Obviously, the choice is made so that the flavours obtained are consistent with those of the grape.

In the winemaking process, everything starts from the raw material, from the grapes. For good wine, it is essential that the grapes are healthy and harvested at a time of balance between sugars, acidity and flavours. Normalizing production (reducing the harvest per hectare by 20-50% of the potential of the vineyard) is the first measure to ensure that the grapes enjoy all the food they need and reach the degree of aromatic complexity needed to create quality wines.

The gravitational vinification process involves the reception of grapes at the highest level of the winery so that the transit of stums and wines is done without the intervention of pumps. The white wines go through stages of maturation on fine yeasts, with periodic battonage. A small part of white wines (eg Chardonnay, Viognier) and almost all red wines go through stages of ageing in oak barrels. The duration of the stages and the type of barrels depend on the desired result. 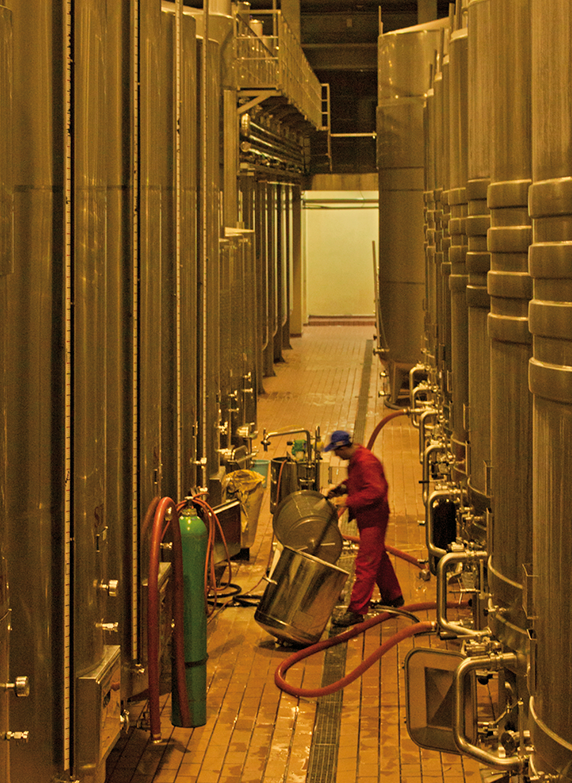 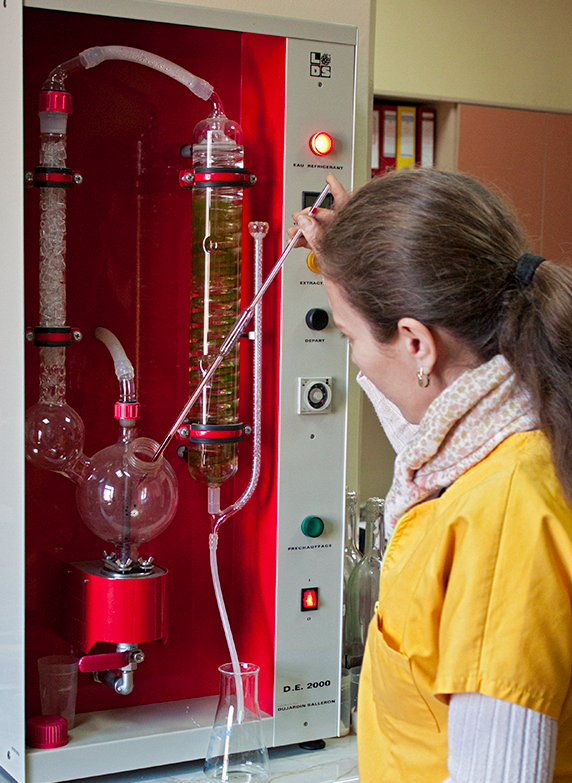 The gravitational structure and the technological endowments allow us long maceration-fermentation processes which extract from the grapes all the substances that the wine needs. Although the whole process is centralized and automated, fine adjustments can be made at the touch of a button, nothing is more important, in fact, than the human factor. The stums and young wines from each container, from each barrel, are periodically tasted and analyzed, in order to obtain exactly the proposed results.

The secret of the white wines from ”Domeniul Coroanei” Segarcea is the maturation on fine yeasts for 3-12 months or even more. Generally, after the fermentation is over, the wine is “pulled from the yeast” or “pritocit”. We still let it interact with the fine yeasts (sur lie), although they have been consumed because the wine continues to be enriched with complex cellular materials throughout this process, which contributes to the long-term preservation of aromas, but also to rounding the “body” of the wine, to its increase in density. Moreover, keeping the wine on yeasts, with regular battonage, protects the wine and, as a result, requires a much smaller amount of sulfur-based antioxidants. Only a small part of the white wines and only the varieties for which this process is suitable (Chardonnay, Viognier) are fermented and/or matured in oak barrels. 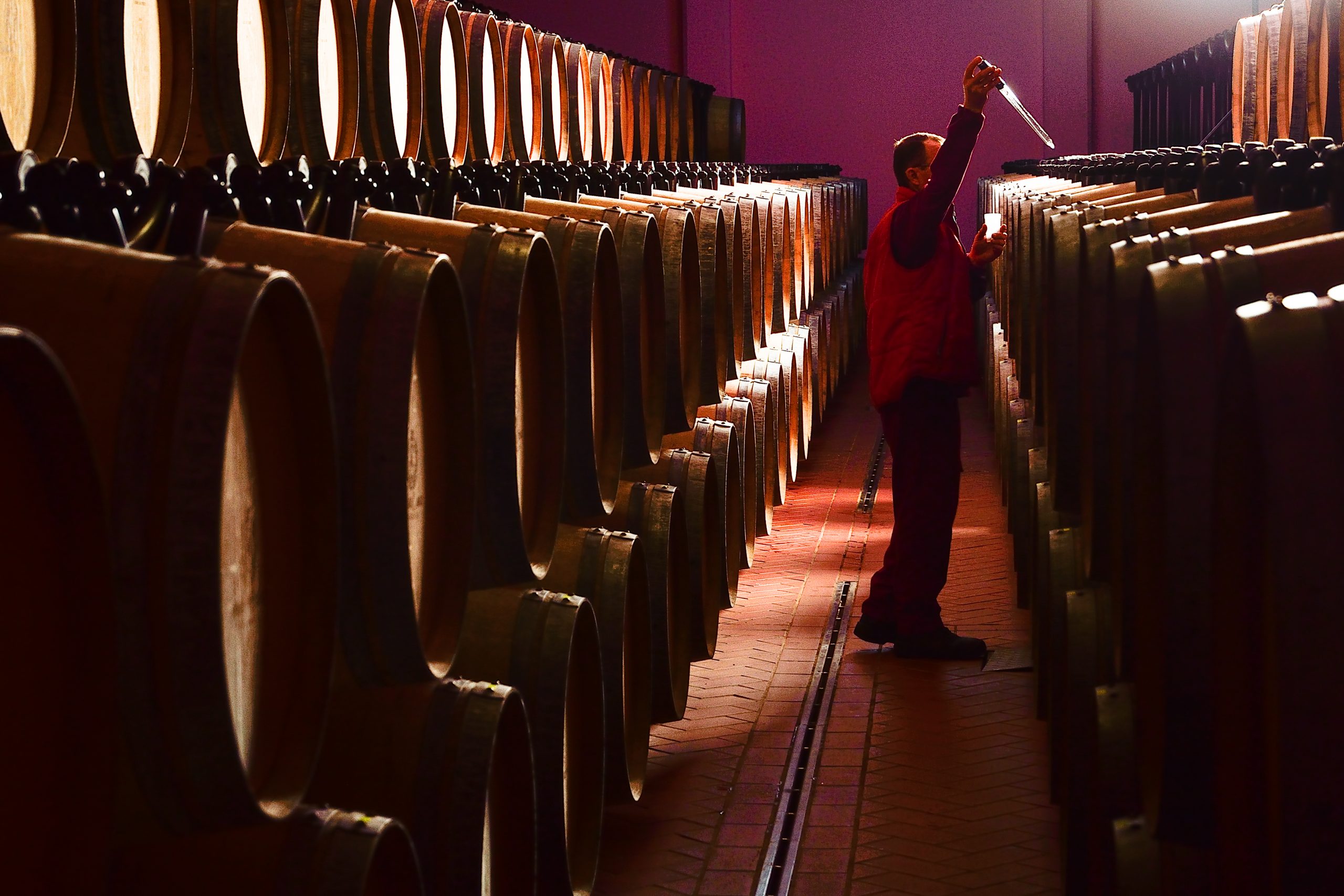 Red wines go through the same stage of long maceration-fermentation at a controlled temperature followed by the maturation stage in oak barrels. For wines destined to be consumed young, only a fraction of the wine is aged in barrels for 3-6 months, in order to keep the emphasis on fruitiness and lightness. For wines intended for ageing, maturation in barrels takes place between 12 and 18 months, in a mix of new or second-use barrels. The barrels are used for only three cycles, i.e. only as long as they contribute with aromas and tannins to the increase in complexity of the wine.

When spectacular wines are born with a high ageing capacity, some of the bottles are treasured, kept in ideal conditions, then offered to the public in stages, in small batches. Although most bottles are offered as soon as the wine can be consumed – between a few months and three years after harvest – when it comes to our limited-edition collections, we recommend wine lovers to taste them when they are put into circulation to evaluate them, then age them according to their own preferences. 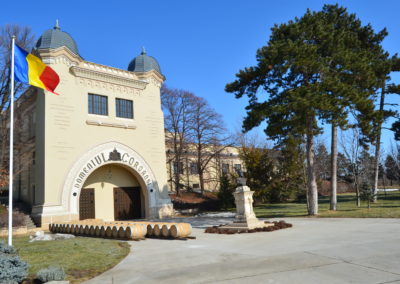 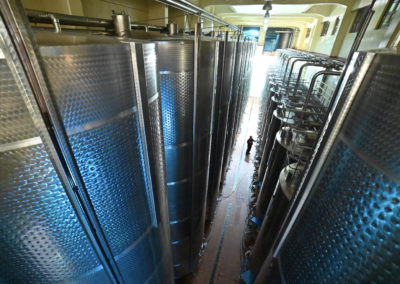 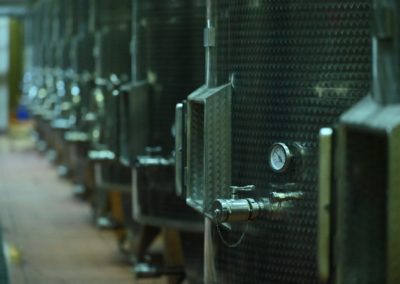 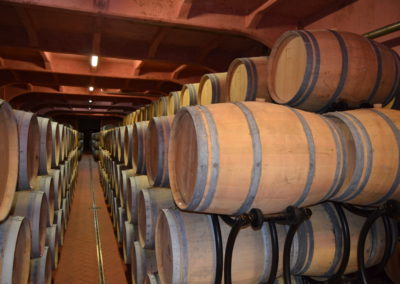 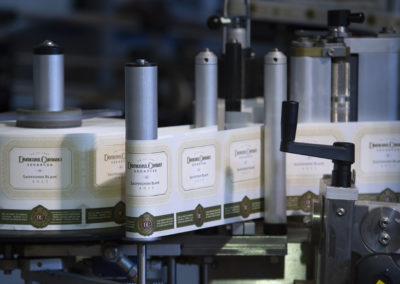 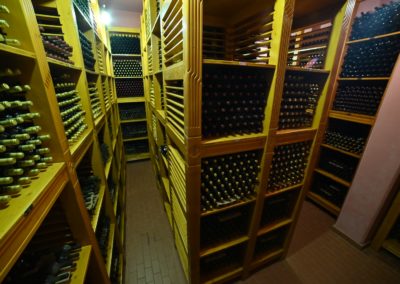 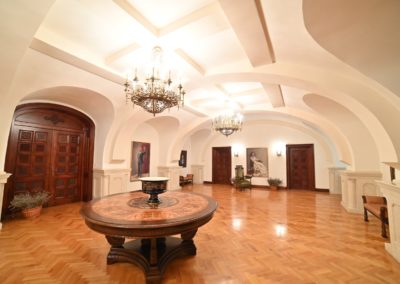 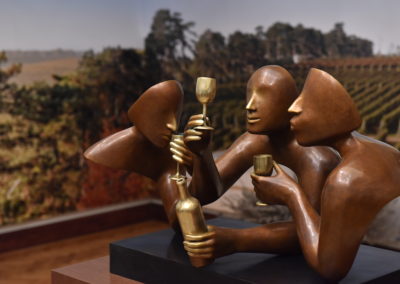