Numquam sine studio. Nothing without passion. Since1884

The vineyard of ”Domeniul Coroanei” covers 277 hectares. The location in an amphitheater open to the south ensures a record number of hours of sunshine per vegetation cycle (from the first buds in spring to hibernation). The soil consists of a layer of chernozem, under which there is a layer of limestone, then a former seabed, this structure providing the wine with the acidity that perfectly complements the character of well-ripened fruits of wines.

The 277 hectares cultivated with vines have been completely replanted, except for a few old stumps more than a century old, which helped save a unique variety, ”Tămâioasa Roză”.

Winemaking is an old occupation throughout the Oltenia region, including the Segarcea area. There are documentary attestations since 1547 of the fact that, on the place where ”Domeniul Coroanei” is situated today, there was a secular vineyard cultivated by the monks of the Segarcea hermitage. The cultivation of vines and the production of wine in the Segarcea area (Dolj county) is mentioned in writing since 1557 in a document by which Pătrașcu cel Bun, Mihai Viteazu’s father, gave as dowry to his daughter Maria ‘Segarcea’s lands’, the vineyards and wines here hence being well known at the time.

After the proclamation of the Kingdom, a Crown estate was created, consisting of 12 state estates. Of these 12 estates, the one in Segarcea was the only one whose agronomists and viticulturists coordinated by Florian Davidescu and Dobre Rădulescu, due to its location and existing pedoclimatic conditions, gave it the purpose of vine cultivation.

In the last decade of the 19th century, all the vineyards in Romania were affected by phylloxera, a microscopic parasite that destroys the roots of the vine. For this reason, a nursery originally operated here, in which more than 60 grape varieties, local or international, were propagated to serve for replanting in the regions affected by the plague. After the danger of phylloxera was removed, the structure of the vineyard was established by Davidescu in collaboration with the scientist Georges Couderc, who analyzed the soil in various plots and decided to plant the most suitable grape varieties. The name of Temistocle Jugureanu, the viticulturist and oenologist who spent his whole life in this vineyard, and whose wines brought Romania honors and international recognitions is linked here from the years close to the Second World War.

For the replantings made between 2005 and 2008, in a loop over time, the plants were taken from the same Couderc family. During this period, the most valuable clones of Romanian varieties were chosen, as well as valuable international varieties, adequate to the conditions in Segarcea (soil, average annual temperatures, precipitation and insolation).

Thus, Segarcea proved to be a second home for the sun-loving grapes, such as Touriga Nacional and Marselan and one of the few places where Viognier or Cabernet Franc have given remarkable results. And along with these we have – with treasure value – a truly unique grape in the world: ”Tămâioasa Roză”, a descendant of the Muscat Frontignan, saved from a corner of the vineyard, where a few century old stubborn vines survive. 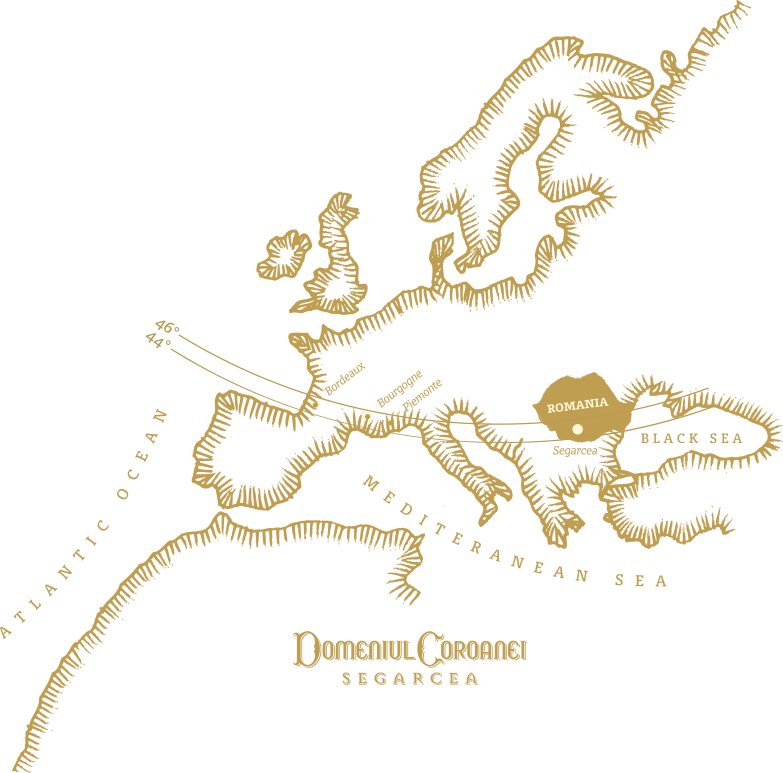 The current structure of the vineyard is 60% red varieties, 30% white varieties and 10% aromatic varieties, according to the model used in the royal plantation: 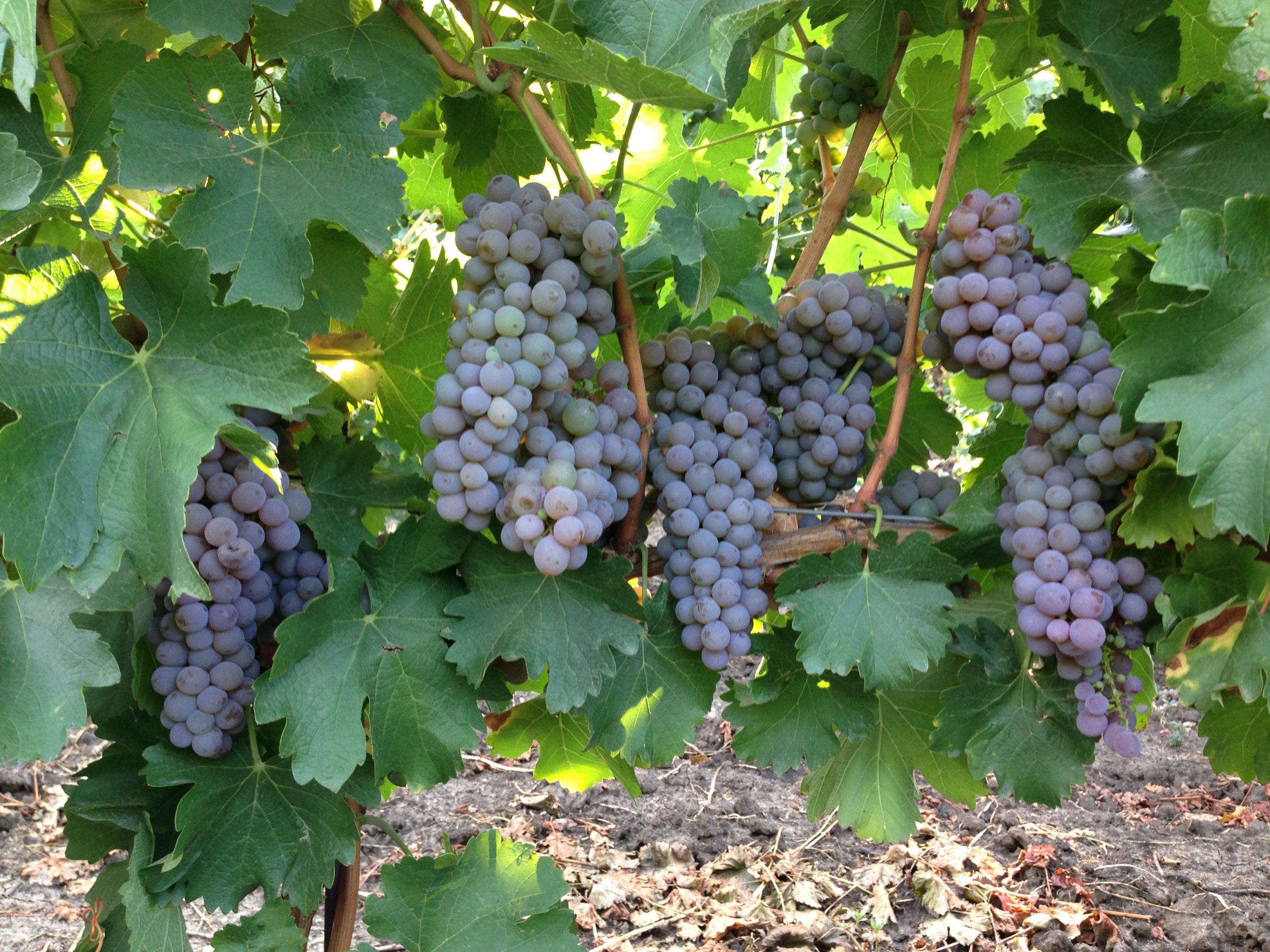 The terroir is defined primarily by the sun – an average of 1440 hours of sunshine per vegetation cycle. The average annual rainfall consist of 565 mm and the average annual temperature is 11 degrees Celsius. The soil consists of a layer with variable thickness (20-70 cm) of chernozem, thinner towards the top of the amphitheatre and more consistent in the valley, followed by a consistent layer of limestone, under which lies a former seabed.

These conditions ensure a good acidity for the wine, which perfectly complements the aromatic specificity of well-ripened grapes.

The plantation was designed so that, where needed, harvesting and some of the work could be done mechanically. However, whenever possible, or where the specificity of the pursued wine so requires, the work (green cutting, leafing or harvesting) is still done manually, with local labour. On the other hand, when prolonged rains make access to the vineyard difficult or impossible, spraying to prevent or treat disease is done even by helicopter.

A great influence on the way the wine will develop its aromas and taste have two operations executed with the utmost care: green cutting ie the choice of sprouts, a work that sets wide limits on the number of grapes that will grow on those stems and pre-harvest normalization, when only the best grapes remain in the vineyard, which will be generously fed by the roots used to pump sap for more fruit.

In all the works performed in the vineyard, we try to be as close as possible to the traditional methods and to use the most suitable solutions so that we coexist with nature, not exploit it. From grassing (to combat excess water after rains) to drainage, from a minimum of synthetic substances to over 30,000 rose nests planted at each end of the row to warn us in time from impending infections such as downy mildew, powdery mildew or other vine infections we try to create a harmonious whole and the biodiversity (both flora and fauna) reborn around the winery is proof that we have chosen the best path. 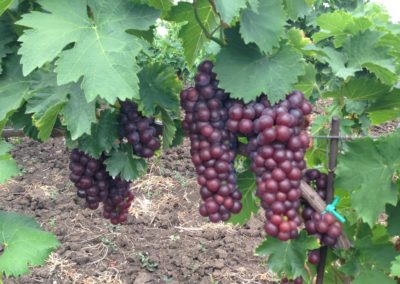 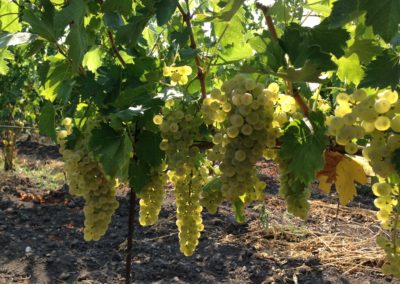 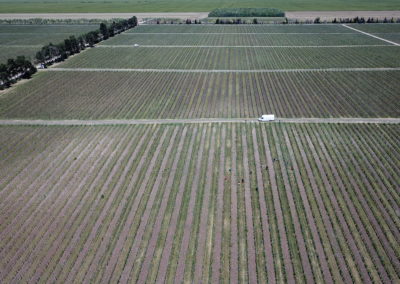 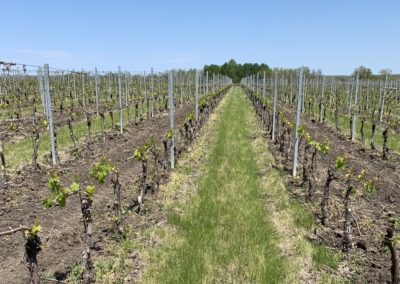 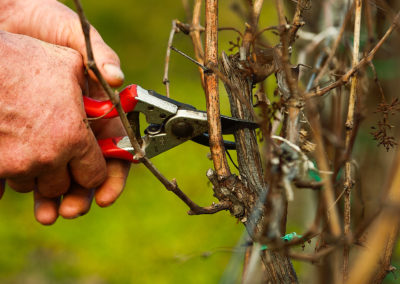 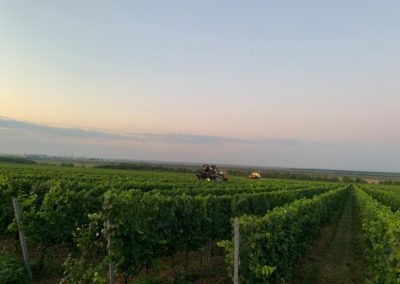 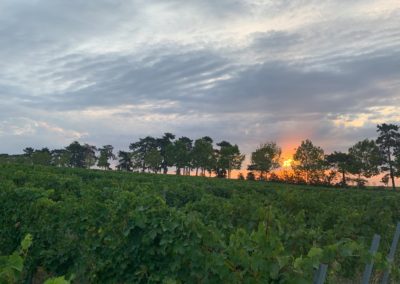 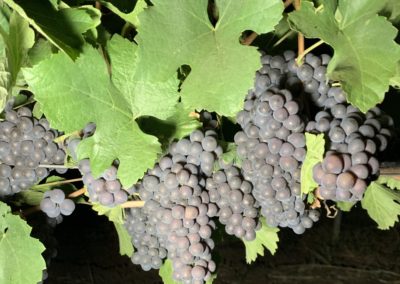