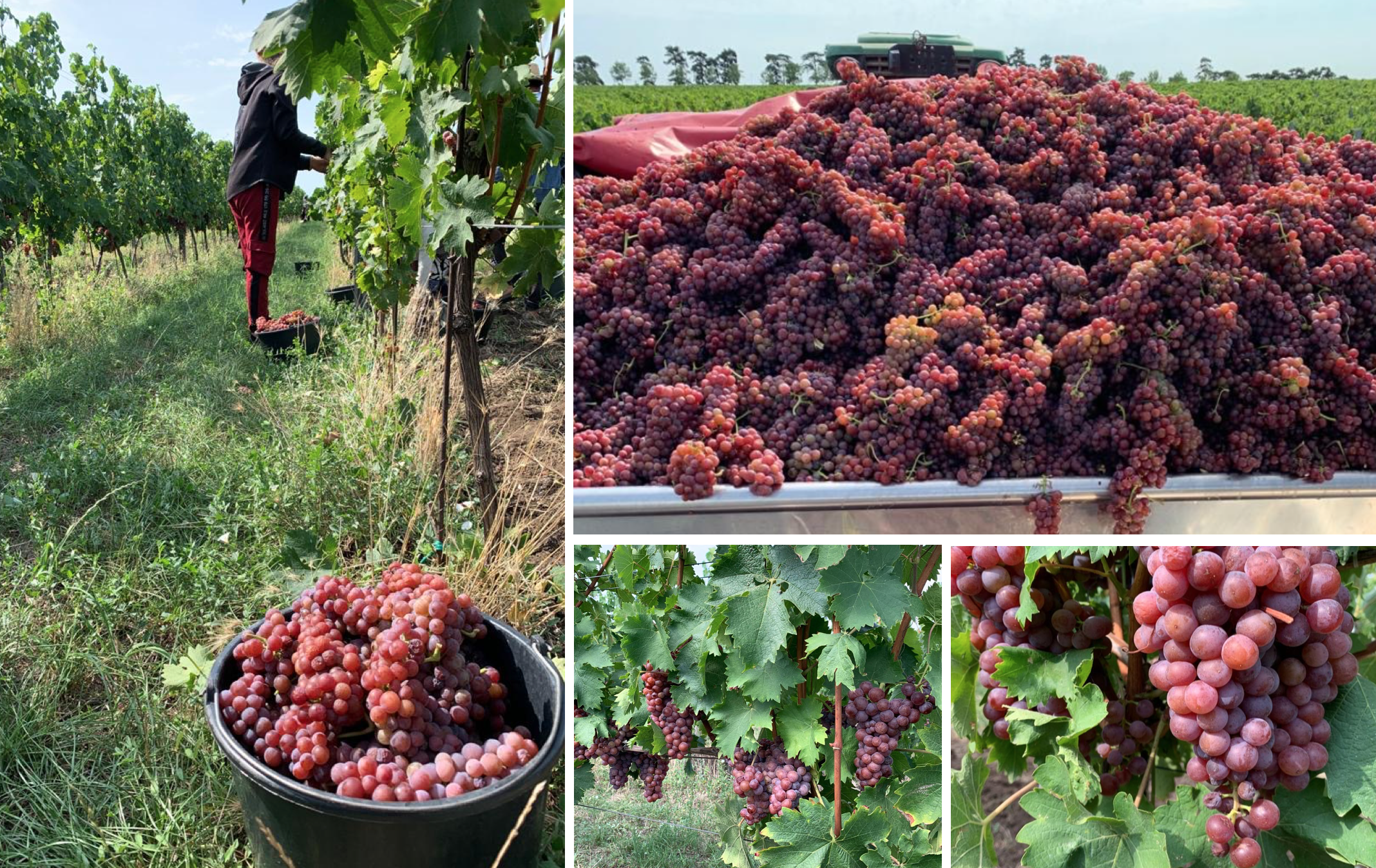 Without going in too deep into the history of the Segarcea vineyards, we must mention that almost 50 years (1950-2000, approximately) had passed since vineyards not only here, but throughout the country – were exploited exclusively for quantity, not for quality, guided by the principle of “record production per hectare”. Thus, between 2002 and 2010, after taking over the remains of the former IAS and returning it to the name of Domeniul Coroanei Segarcea, we were forced to clear the vineyards of hybrids and varieties with high production, in order to replant quality varieties.

That was one of the first miracles that Segarcea presented to us: in a corner of the vineyard, more precisely in the farthest possible corner of the vineyard, we discovered a strange grape, grown on stems that looked very old. Somehow, in all the madness of those years, the taste of the nomenclature for semi-sweet and sweet wines had saved a corner of the original vineyard, planted between 1906 and 1908. We had found about a thousand surviving stumps, spread little over a hectare, of a variety that according to the scriptures, could only be Muscat Frontignan.

The problem with this “Frontignan” was, however, that it was not well defined even at home. Under the same name there were, in fact, three variations, generically called “Muscat au petits grains” – Muscat with small gapes – white, pink and red. To make matters worse, in the first French ampelographies, some had named the variations as above (white, pink, red), others had called them white, red and black. So, pink and red and red and black overlapped, so that no one knew what was sent to other countries for the plantations made after the phylloxera attack… So they were all called “Frontignan”. In order to eliminate the confusions, but also because the grapes and the wine had already acquired a unique expression in Segarcea, the Romanian Academy decided to change their name into Tămâioasă Roză.

The surviving stumps we discovered became a source of sprouts and today we have 12 hectares planted with this variety. It is hard to talk about this wine – it’s the kind of wine that produces lightning passions, but that lasts over time. It is suitable for any age, it is as good for men as it is for women, it is suitable for any season and any time of the day. The aromas of roses (another symbol of Domeniul Coroanei, those who visited us know!), dried petals and white cherries are as delicate as they are complex and elegant.

This year we also recorded a premiere – the harvest of grapes for the semi-sweet wine in a single “pass”. So far, in order to harvest the grapes at optimal time and at a certain degree of ripeness, it was necessary to pass between rows at least two or three times, choosing only those grapes that had reached the desired maturity. This year, ripening took place in a uniform manner, which makes us hope that we will have a memorable edition of Tămâioasă Roză. Keep an eye on the shelves (or on our online store) to find out when the 2020 wine will be launched!